My junior year, I was selected to be a part of Chapman University's National Student Advertising Competition team for the 2017-18 school year.  There were 40 students on the team, which were divided into several departments: account, Experiential, Strategy, Media, Creative, and Creative Art.  I was a member of the Experiential Department, which developed the concepts for most of the campaign's executions from out of home and social media to partnerships and in-store.
This year's client was Ocean Spray, and we were tasked with creating a marketing campaign that promoted its food and beverage products, targeting millennial consumers ages 24-35.  This plan should increase brand equity and household penetration and do so within a $5 million budget with additional spending suggestions for a $10 million budget.
Fall semester was focused on research.  The whole team did a competitive analysis of other juice and fruit brands, conducted man-on-the-street interviews, sent online surveys, and assembled focus groups.  Each department met weekly to did its own research and presented findings to the rest of team. In January, we all came together for Big Idea Weekend where we solidified our target audiences and found our big idea.  After that, my department met at least once a week to discuss our ideas for activations.
We had two target audiences based on psychographics rather than demographics: Indulgent Individualists and Modern Realists.  Indulgent Individualists are more carefree and spontaneous, while Modern Realists are more careful and organized.
Our big idea was "Good doesn't grow on trees."  This statement can take on several meanings.  Taken literally, cranberries grow in bogs, not trees like other popular fruit (oranges, lemons, plums...), so we wanted to show consumers that cranberries were unique and special.  Another interpretation could be related back to the saying "money doesn't grow on trees," which means that money isn't abundant and it is something of high value.  We wanted to relate that back to cranberries in that they can't be grown just anywhere and they are a high quality fruit.
Some of our ideas included reusable tote bags, in-store bar tending classes, a food truck at farmer's markets, and partnerships with Lyft, Epicurious, and SkimmReads.  We tested these ideas by sending an online survey and interviewing people in our target demographic.  The Creative Department designed the campaign book and did a packaging redesign for some of the juice and food products.  The Creative Art Department wrote the book copy and produced three 15 second spots for programmatic televisions, YouTube and Hulu pre-roll, and Facebook promoted posts.
We competed at the district competition put on by the American Advertising Federation on April 7, 2018 and were awarded second place.  The first place team was later disqualified, so we were able to move on to the semi-finals representing district 15.  Unfortunately, we did not get to advance to nationals, but my team and I are very proud of our campaign and don't have any regrets.  I'm so grateful that I had this experience and was able to be a part of Chapman's NSAC family.
It is against NSAC rules to publicly upload and post the campaign book, but if you would like to see it, please send me an email through the contact page, and I can email you a private link. 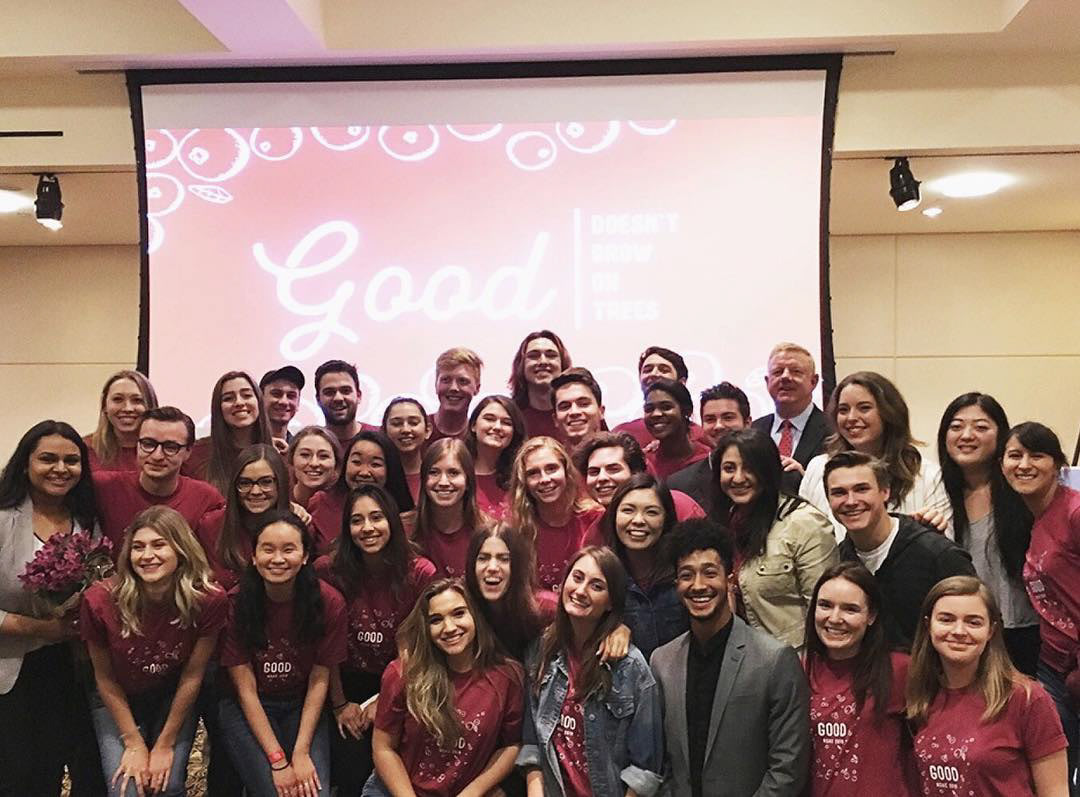 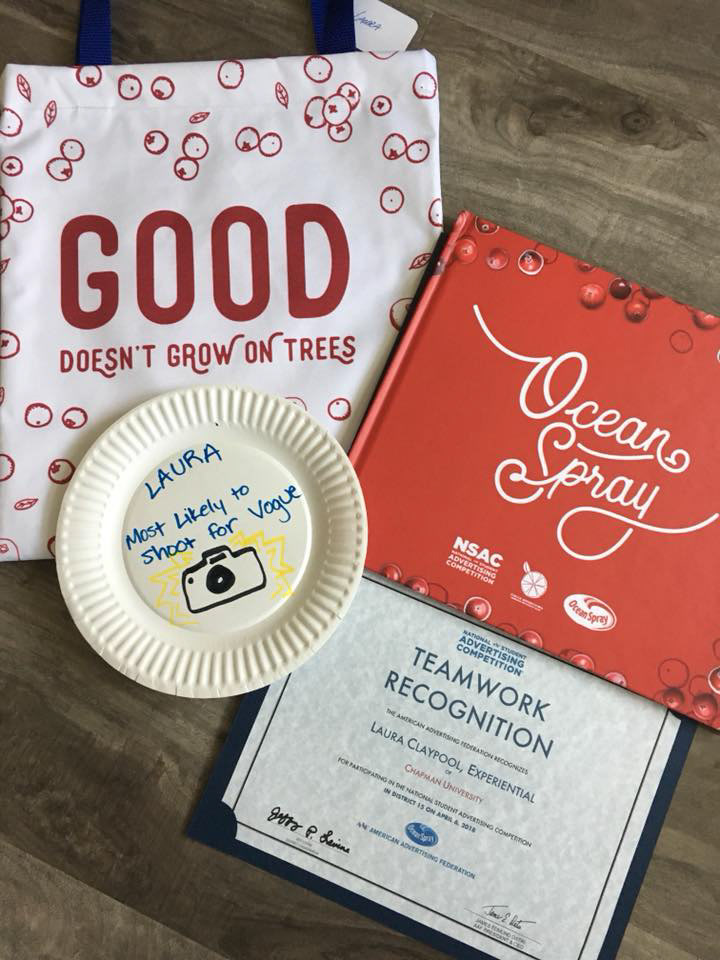 PRA 245: Research and Strategy for Advertising
↑Back to Top